Porto by Pedro Abrunhosa, a famous pop musician from Porto

Go on a journey to discover the city with Pedro Abrunhosa, one of the most famous people from Porto.

Pedro Abrunhosa needs no introduction. From a classical education he plunged into Jazz currents to emerge years later as king of the Portuguese Pop music. Master of narratives, musician of multiple sound layers, so is Pedro, who gave a wonderful New Year’s concert in Porto, the biggest the city has ever seen. So, I invited Pedro to show me his vision of Porto.

I met Pedro in Marina da Afurada, the harbour on Gaia’s side, where we took a boat from Douro 360º, a company that makes sailing trips on the Douro River (and other places – by appointment, they sail all the way to Madeira’s islands!).
As I found rather unusual his choice to start the interview literally in Douro river, Pedro explained: “Porto has an unresolved relationship with its river. Even though the city grew around the Douro river, during the mid-nineteenth century, due to the industrial revolution, the river lost its importance as a means of transport and source of livelihood for the local population. Porto continued to grow with its back turned to the Douro river. But Porto is definitely not limited to its urban tissue.”

“On the other hand, from Douro river one can feel the reminiscences of the romantic, medieval and contemporary Porto. There is a multilayered Porto, as it can be seen in the diversity of construction’s styles which are visible, precisely, from the middle of the Douro river.”
We passed under Arrábida bridge, which was one of the stages of the childhood of Pedro. “I came here often to catch one of the elevators of the Arrábida bridge. The trip cost 50 cents. These lifts should definitely be rehabilitated!” 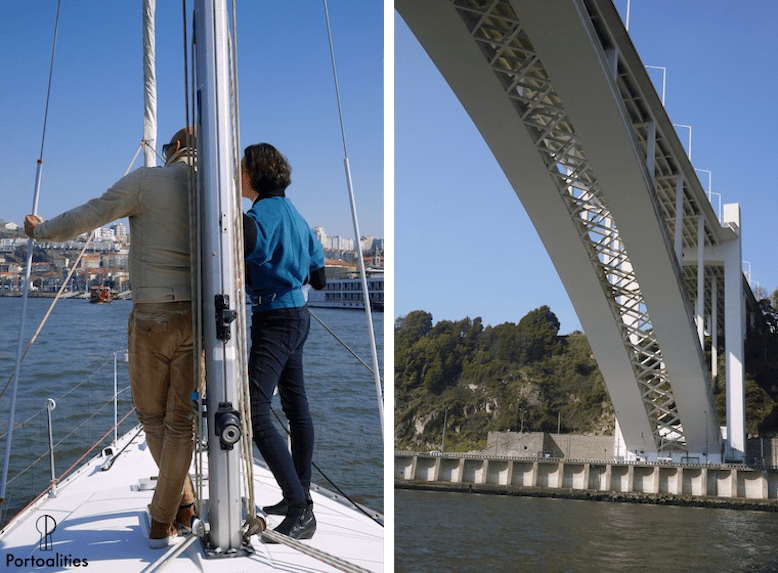 Another point of reference in Porto: Rua da Bandeirinha, which translates to the street of the little flag. “We have a mental picture of medieval Porto as a dirty city, without hygiene control, but it was not so. The boats entering the Douro river and the people who came from the Southern bank went through a health inspection before being allowed to Porto. This control took place on the other margin of Douro river, in Gaia. There (he points to the location of the old little flag, at the end of the street with the same name, right next to Palácio das Sereias), was a red flag that served as a medieval traffic light. When the boats glimpsed the red flag, they knew they should go to the Southern bank and wait for the visit of the health inspection.

We went down just a little more; we were already on Luiz I bridge. “There’s nothing like the silence in the middle of the Douro river, Sara.” 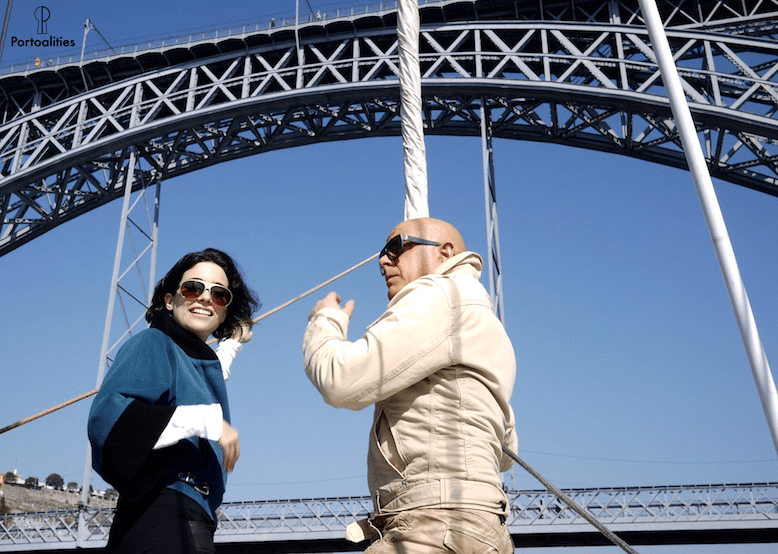 We returned to Marina da Afurada – thank you, Ricardo, it was a beautiful boat ride! 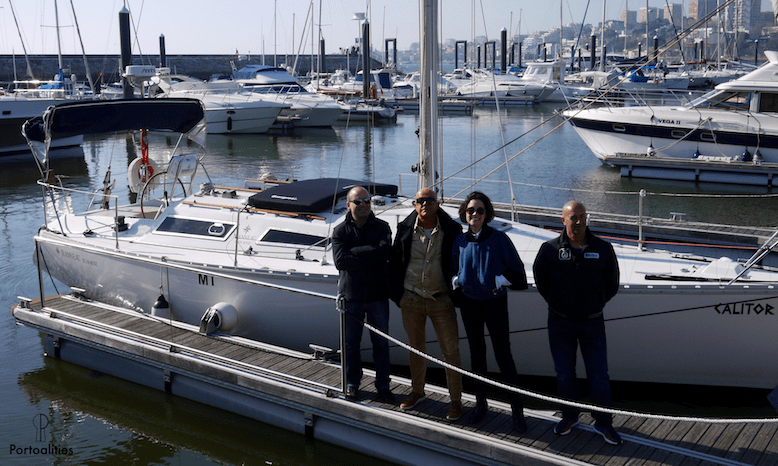 We took the car, heading to the center of Porto, which gave us time for more talking.
“I’m not a musician in the substantive sense of the word, but in the adjective one. I dedicate myself to writing composition, be it literary or musical, as both intersect in my songs.”
“To write is to think,  and the creative process requires the construction of an interiority which then the artist regurgitates. João Cabral de Melo Neto wrote that art is the defecation of what one absorves, and it is a great way to define it.
However, the idea of Art as inspiration only is limited. Artists have the same obligations as other mortals. They have to pay bills, meet their responsibilities as citizens, care for those who they are close to. Therefore, they have to work hard on their inspiration; it is only the lighter of the creative process.”

The place where you have a home, family and friends is never small.
Between two traffic lights we found that we both spent our childhood in Bonfim. “So you are from Bonfim? Let’s have lunch there!” And so we went to a pastry shop called Chicana, where I used to go when I was a little girl, to eat some fabulous croissants. 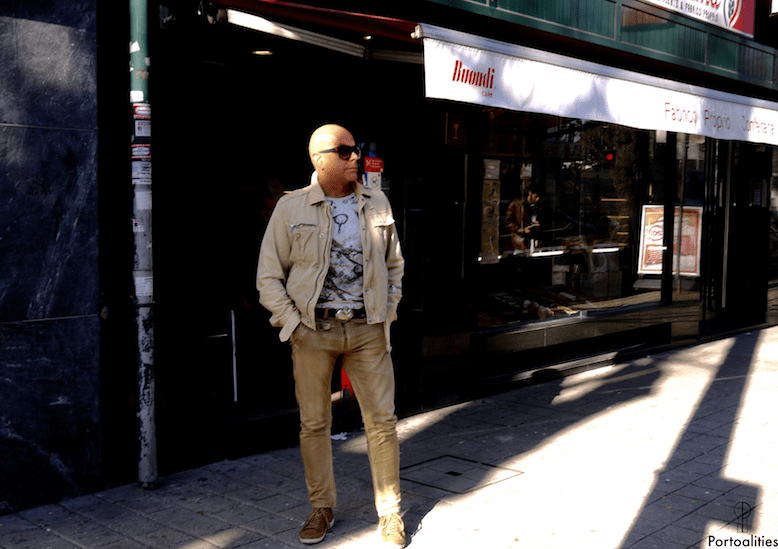 “Tourism is galvanizing urban renewal in Porto, but there must be a certain balance. Tourists exert great pressure in terms of waste production and space occupation, so I believe that a tourist tax should be implemented. Furthermore, we must strive so that tourists don’t stay only in Downtown Porto, but spread all over city.
As a last question, I asked Pedro when has Porto became small for him. He seemed surprised by the question. “Never. Once and a while I leave Portugal in search of other species of flowers that do not exist here, to have them in my garden, but that doesn’t mean that Porto is small for me. The city where we have our home, our friends and our family is not small. “
It was the end of an afternoon well spent, with a lot of maritime smiles. Thank you, Pedro, as well as your wonderful team, for making this possible. See you on the edge – or middle – Douro river!

Note: All photos, with the exception of the photo of Rua da Bandeirinha, were taken by Hugo Abrunhosa. Thank you for the help, Hugo!