The history of the fire boxes in Porto

Discover the story of the fireboxes in Porto. It includes a map of the remaining fireboxes in the city, so that you can visit them ;)

Imagine that your house is on fire. There are no social networks, no internet and not even telephones with which to raise the alarm. There is no running water in the house for you to fight the flames, nor cars for you to escape. How will you ask for help? How will the firemen even know that there is a fire?
This is the challenge you would face living in Porto during the first half of the nineteenth century.

The solution found was rather ingenious. On the exterior of 21 major churches – one for each parish – the authorities embedded iron boxes. On the cover of each box you could find a carved guide to the Toques de Incêndio (fire alarms) – “Sé – 4”, “Paranhos – 11”, and so on. Inside the box you would find a handle connected to the bell of the church by a rope hidden inside an iron pipe. 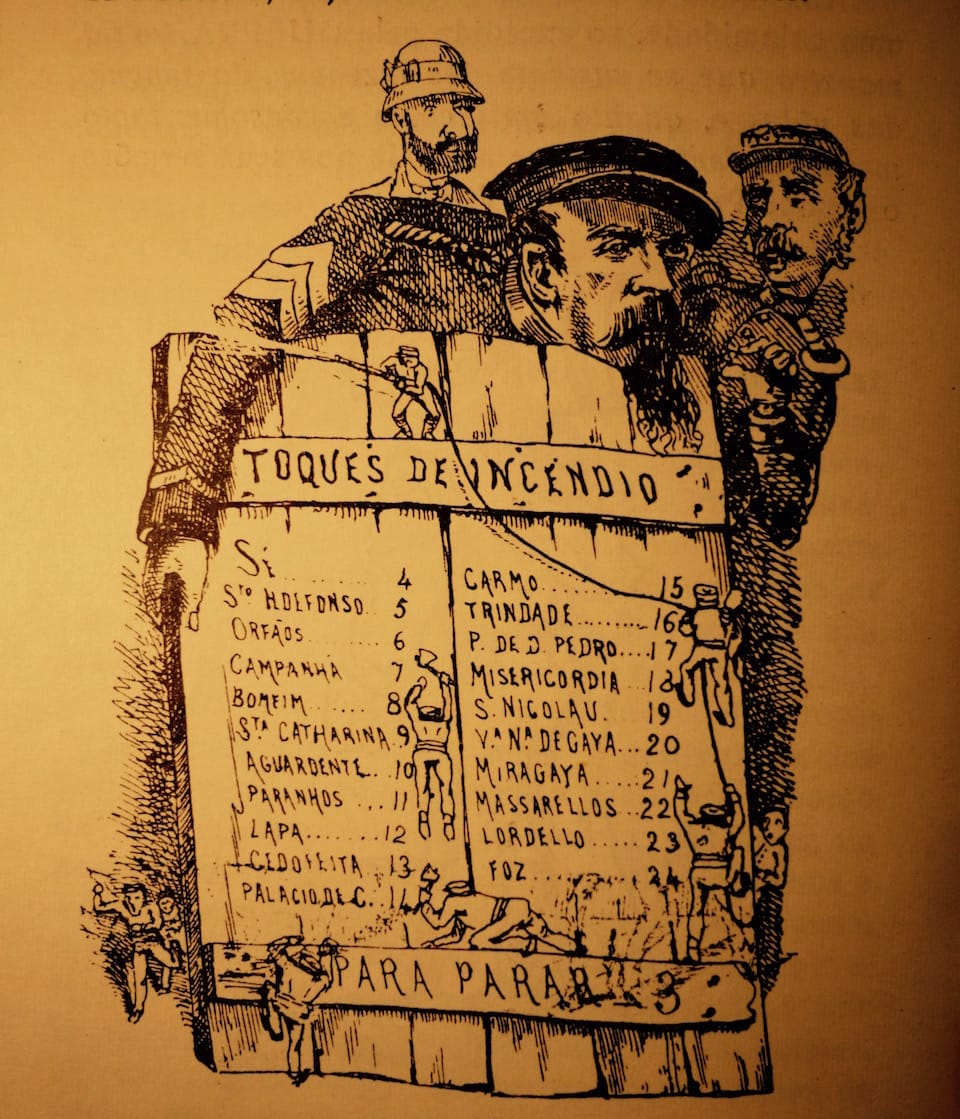 Having a different number of strokes for each parish was the way to let the whole city know where the fire was, just from the initial alarm. When a fire broke out, people close by would go to the nearest firebox, and pull the handle the number of times referring to their parish. For example, if the fire was at Porto’s cathedral (Sé), then the handle was pulled four times, which translated into four strokes. The rest of the city would immediately know where the fire was. Even if they didn’t know the key by heart, they just needed to check the cover of the firebox.
At that moment, all available citizens in the vicinity would fetch water from any available source. When the firefighters arrived they would find water carriers (men that supplied the houses of Porto with water from barrels on their back) working alongside street sweepers, store owners and housewives. The firefighters join in with their pumps on carts – pulled by animals or even humans – to control the fire. When the fire was almost extinct, three strokes sounded, so that the entire city knew that the danger was off.

Of the original 21, 6 fire boxes in Porto remain today; discrete points memory of the city.

Correction: My dear readers Urgel Couto e Claramag2014 sent me photos and information about two more iron boxes, one in Gaia and another one at Rua da Constituição, in Porto. Thank you both for your contribution – you are part of Portoalities! 🙂 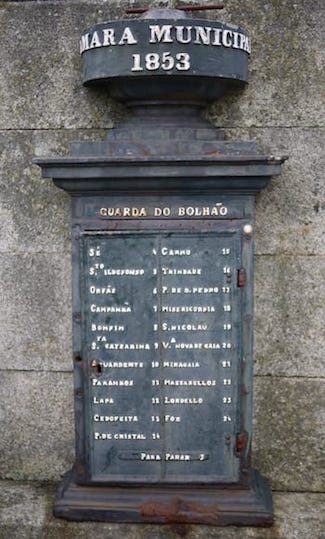 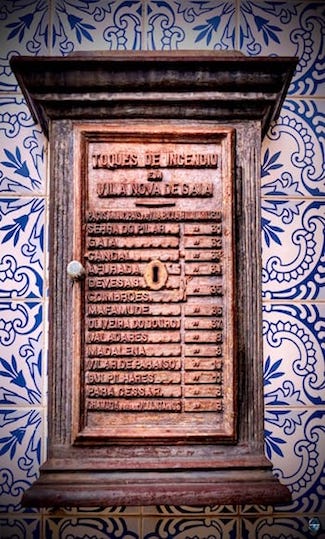 Finding them is well worth going on a pleasant walk around the city. I did, and you can find the map below. I hope you enjoy!