Casa da Música is one of the most stunning contemporary buildings in Porto. Discover the story behind it, as well as some secret stories.

I decided it’s time to spike your curiosity by telling you 5 things you don’t know about Casa da Música, one of the greatest examples of contemporary architecture in Porto.

Local tip: Although it is not possible to buy online tickets for guided tours of Casa da Música, if you buy the Porto Card, the official city card, you have 50% discount on the ticket, saving 5€ / ticket.

1. Casa da Música was supposed to be a Dutch family house! 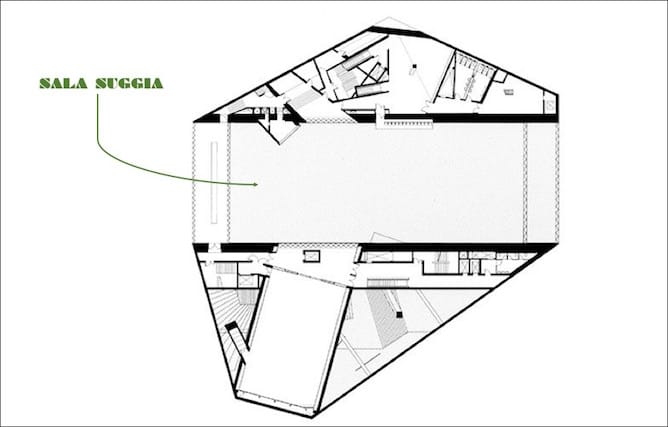 The building was built to celebrate the year when Porto was the European Capital of Culture, 2001. At that time, 21 architecture offices from all around the world were invited to deliver a conceptual plan of what Casa da Música should look like.
As the deadline was very tight, only a handful of projects were presented – among them, one by the famous Dutch architect Rem Kolhaas. What most people don’t know is that the project had already been made – actually, it was designed to be a house for a Dutch family!
If you look to Casa da Música, there’s a big concert hall – on the previous project it was the living room of the Dutch family house -, surrounded by smaller rooms and chambers – that were supposed to be the kitchen, the bedrooms, the library… quite surprising, no?

2. The inhabitants of Porto used to HATE Casa da Música! 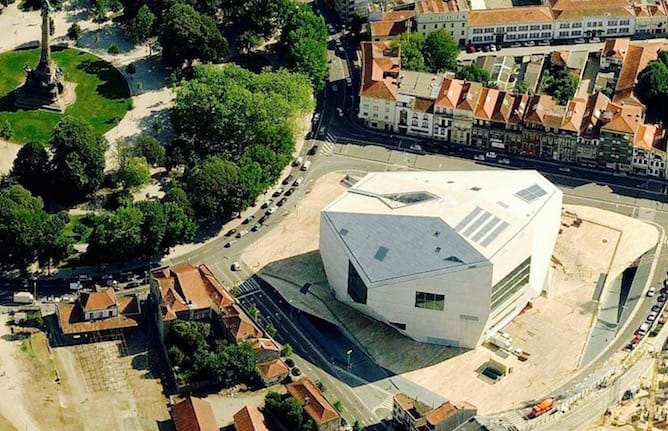 When it was built, it was very controversial.
First of all, in order to build this monument, the ancient terminal of the trams of Porto was demolished.
Secondly, the building doesn’t really match the buildings in the surroundings. In fact, it is even taller than all the buildings nearby! In such a way this topic was discussed that even Siza Vieira, the talented architect from Porto, said that “Casa da Música is a magnificent project at a terrible location”.
Nowadays, we made amends with Casa da Música, and we can’t picture Porto without this beautiful monument 🙂

3. The glass walls are not merely decorative

Rem Kolhaas decided to use many glass walls in order to allow the population to see what in going on inside the monument, from concerts or rehearsals of the symphonic orchestra of Porto, to students working at the café on the ground floor. The architect wanted the building to be part not only of the cultural and social life of Porto, and wanted to invite everyone to join Casa da Música.
Something else that you probably don’t know is that the curved glass serves a purpose. Glass reflects sounds in one direction, so in order to keep the acoustics perfect, they used curved glass – this way, the sound is reflected in many directions and not just one.
Another secret Portuguese secret is the golden pattern on the wooden walls of Sala Suggia. These are an homage to the golden leaf that it’s commonly found in Portuguese churches. And, on the particular case of Casa da Música, this golden pattern carved in wood represents “the veins” of this amazing monument.

4. There are two fake pipe organs at the concert hall

True story! Rem Kolhaas wanted to pay homage to the most important periods of the history of music, and there are several decorative elements portraying this. The most important ones are the two fake pipe organs located at the Sala Suggia, the main concert room of this concert hall. One is dedicated to the baroque period, whereas the other one is dedicated to the romanticism.

5. There are a lot of Portuguese secrets at Casa da Música 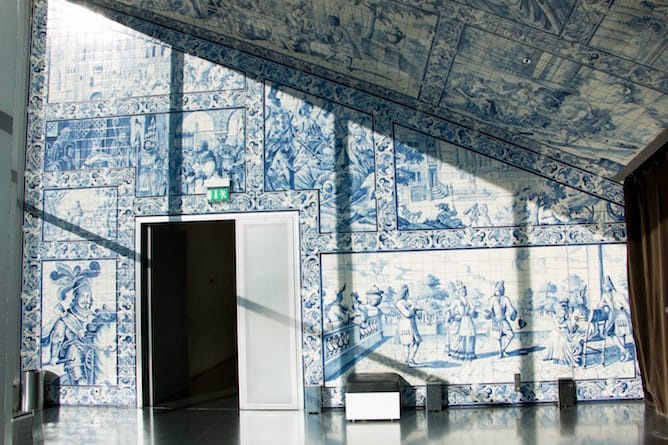 The most obvious example is the VIP room covered in Portuguese azulejo tiles. Nonetheless, as Porto and Rotterdam, in the Netherlands were both European capitals of Culture in 2001, and the architect Rem Kolhaas is Dutch, the blue tiles were manufactured in Portugal but using the colour Delft blue.
Another secret Portuguese secret is the golden pattern on the wooden walls of Sala Suggia. These are an homage to the golden leaf that it’s commonly found in Portuguese churches. And, on the particular case of Casa da Música, this golden pattern carved in wood represents “the veins” of this amazing monument.

I hope this list amused you, and now it is time to pay a visit! 🙂