Amadeo de Souza Cardoso and his exhibition in Porto

Discover the amazing life and work of Amadeo de Souza Cardoso, a famous Portuguese impressionist painter way ahead of his time.

Have you decided where to stay in the city? If not, read my article about the Best Neighborhoods to Stay in Porto.

On a recent journey to the green wine region, I visited Amarante, one of the most beautiful cities near Porto. A beautiful town in its little majesty, very close to the birthplace of one of the most overlooked Portuguese artists in history: Amadeo de Souza Cardoso. Amadeo, who was admired (and quickly forgotten) as an absolute genius everywhere.
It is important to go back in time and remember the life of Amadeo Souza Cardoso…

“My destinies will be unsettled but with me”

Amadeo de Souza Cardoso was born in Manhufe (a tiny village just outside Amarante), in 1887, within a wealthy yet conservative rural family, the fifth of nine children. When I visited Amarante I went out of my way to find out where Amadeo was born, since his home, at least on the outside, looks just like the old photos from those days: 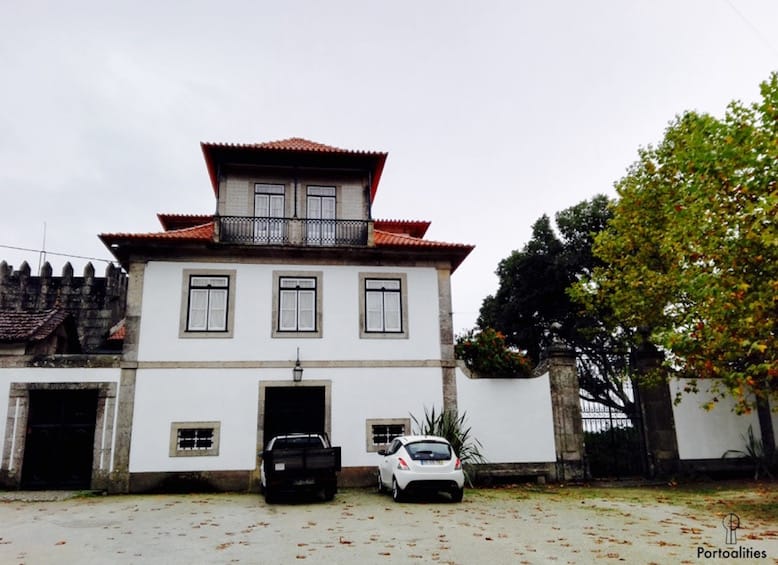 Amadeo’s father hoped that his child would dedicated his life to the family business, but Amadeo early showed his vocation and an unusual lucidity regarding it, that we can first see in the letter he wrote to his parents when he was just 19 years old:
“(…) I am a dramatic spirit, and in my soul there is always a tragedy in which I am the only spectator. My destinies are unsettled but with me; with them I shall prevail, or for them I shall be crushed.”
Amadeo de Souza Cardoso left to Paris, the cultural and artistic center of Europe at the beginning of the twentieth century, a solar opposite to his small homeland.
Amadeo, supported by the financial availability of his family and his natural ambition, soon introduced himself in the cultural circles of Paris, befriending other artists such as Brancusi, Picasso, Gris, Modigliani… passionate personalities who interfered and influenced each other’s forms of art. It would be a mistake, however, to frame Amadeo de Souza Cardoso as a mere disciple of these world-renowned artists, quite the contrary; there are several art historians (such as Laurent Salomé, the artistic director of the Grand Palais) who argue that the Portuguese artist would be in the creative epicenter of Paris, influencing other artists as much as they influenced him. 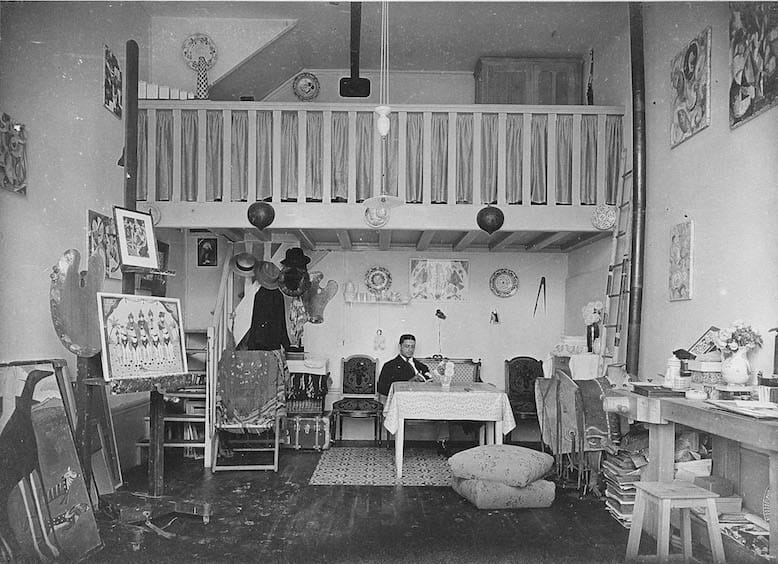 In 1911, Amadeo de Souza Cardoso applied for the two major exhibitions of the time, the XXVIII Salon des Independants and the X Salon d’Automne, and was selected to both. He participated with a total of 12 paintings, most of which are missing, and that the Calouste Gulbenkian Foundation, in Lisbon, has been trying to locate and collect back for many years now.
Later, and with his extraordinary notion of career, Amadeo de Souza Cardoso creates a portfolio of 20 drawings that he sends to the United States, United Kingdom and Germany. Exotic drawings (such as the one below 1913, entitled “The Hawks”), with an impeccable mastery that crosses various styles, which aroused enormous interest from art galleries and museums. 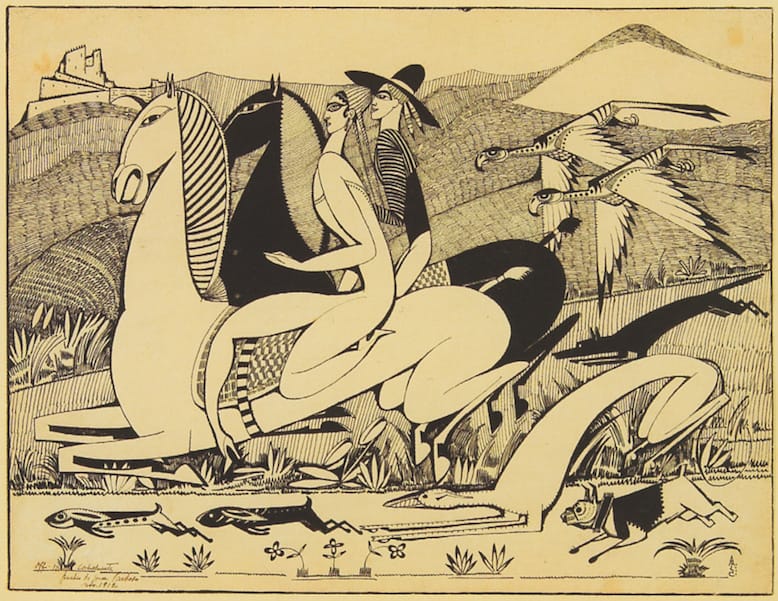 Following that and with a little help from his north American friend Walter Pach, in 1913 Amadeo participates in the Armory Show, becoming the 3rd best selling artist of the exhibition, that displayed works of more than 300 North American and European artists. 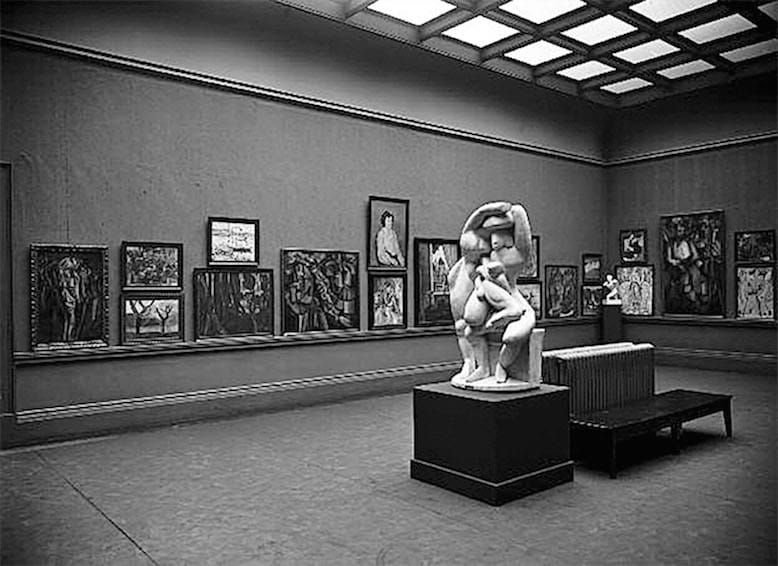 It is still possible to see an Amadeo de Souza Cardoso’s painting in the permanent exhibition of The Art Institute of Chicago, entitled “Saut du Lapin” (which translates to “the leap of the rabbit”). Isn’t this magnificent?! 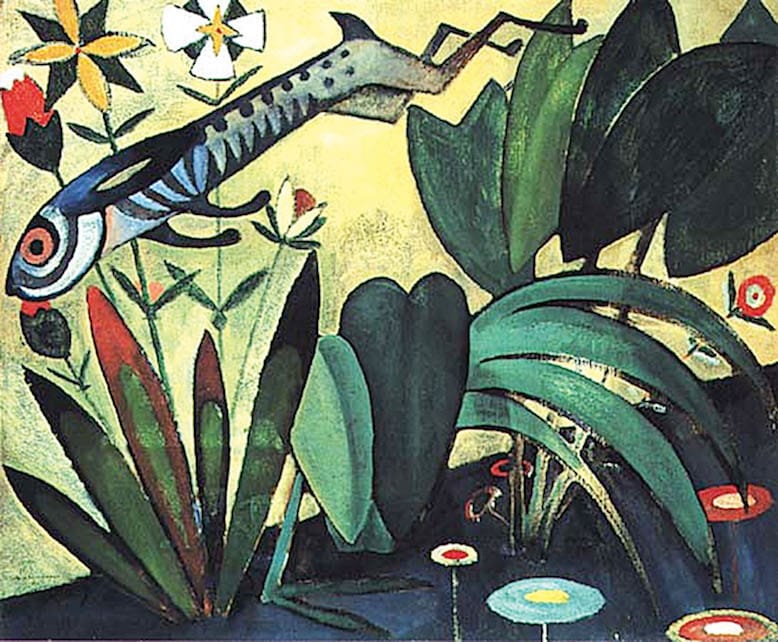 At the age of 26 years old, Amadeo de Souza Cardoso is an artist who feels in control of himself, who has already exhibited in France, Germany, United Kingdom and United States. Amadeo describes himself quite individually, with a style that fits no art tendency:
“I do not follow any school. Schools are dead. Am I a cubist, a modernist, an abstractionist? A bit of everything.”

Big expectations are built around his career; which is, however, interrupted by WW1. Amadeo de Souza Cardoso looks for a safe place in his family residence in Manhufe. Everyone expected it to be a short war, but the days stretched into years and a furious creativity sparkled in Amadeo, encouraged by the letters of his friend Walter Pach, which report USA expectations for the new work of the young Portuguese painter.
Unfortunately, dreams and ambitions are ravaged by the Spanish flu. Amadeo de Souza Cardoso died in 1918, aged 30 years old and with many unfulfilled projects. His last works show, however, an entirely new style that lied within itself, as we can see in these pictures (the left one is even one of my favourites – such fury, such sensuality!): 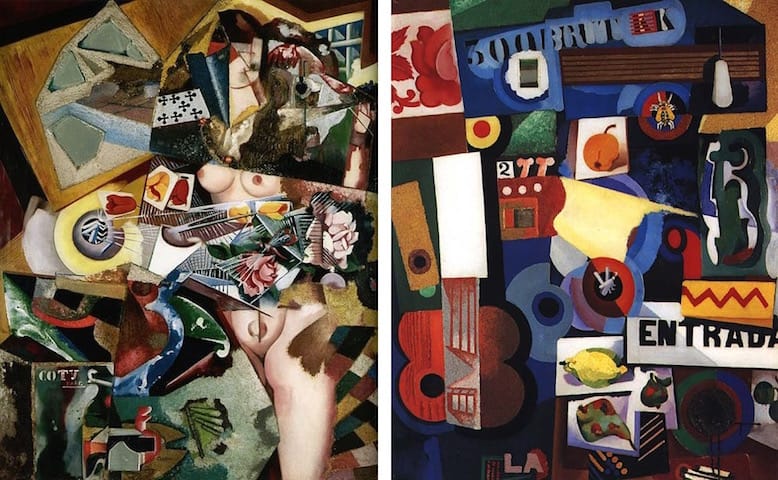 The artist is quickly forgotten, and two facts contributed to this: the natural resistance of his widow, Lucie, to share the works of Amadeo de Souza Cardoso up to the 80s, when she donated his paintings and drawings to the Calouste Gulbenkian Foundation. And I dare say that Amadeo’s family’s decision to donate part of his works, which were in his family house in Manhufe, to the Museum of Amarante, a forgotten town in Portugal, a country that suffocated under an oppressive dictatorship, also greatly contributed to this oblivion in modern art history.
Helena de Freitas, an art historian that dedicates her career to Amadeo, once said that “the question “but after all, who was Amadeo de Souza Cardoso?” must cease to exist”. On a conversation with a friend, he told me, “is not the question that has to cease to exist, it is the answer that must appear.” I hope that, in some way, I have contributed to this response by writing this article.