Top 5 things to do in Guimarães, the cradle city of Portugal

Read my Top 5 things to do in Guimarães, in North of Portugal, for a perfect day discovering the city where the country was founded.

Have you decided where to stay? If not, read my article about the Where to Stay in Guimarães and Braga.

In my opinion, Guimarães is the most beautiful city in the district of Braga and definitely one of the incredible cities near Porto.
With its restored houses, a beautiful historical center and a lot of surprising places, your visit to Guimarães is definitely mandatory if you are staying in Porto. 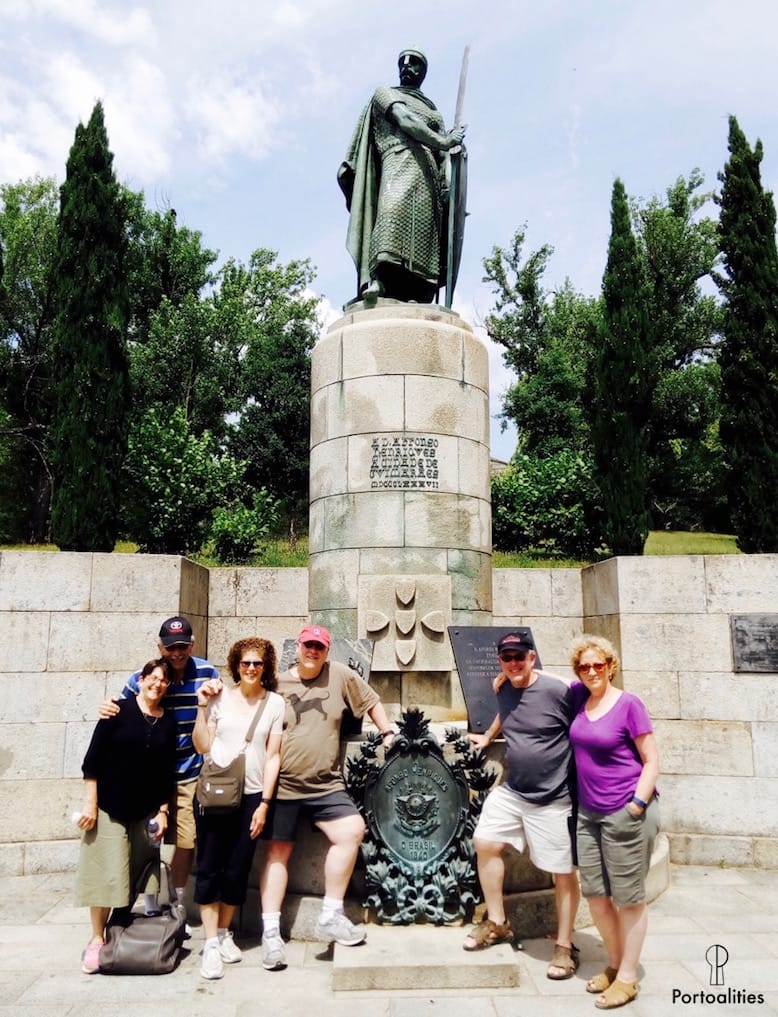 Last week I had the pleasure of guiding a wonderful private tour in Guimarães, with people from USA and Israel, which was the perfect excuse to write this article!

The best things to do in Guimarães are:

Palace of the Dukes of Braganza

The Palace of the Dukes of Braganza was built in 1420 by Afonso, the future Duke of Braganza, being one of the few medieval palaces left in Portugal. During the sixteenth century it was radically modified by the second Duke of Bragança, which implemented a more symmetrical layout and a functional organization of the floors. Nonetheless, the Palace was soon abandoned and even used as a military building during the Napoleon Invasions.
Fortunately in 1933, António Salazar, the central figure of the Portuguese dictatorship, visited the palace in ruins and ordered its reconstruction. In 1959, after a very controversial renovation of the Palace of the Dukes of Bragança, the building was finally open to the public.
It’s a beautiful monument, although not restored according to its original style (it replicates a royal house of the seventeenth century). You should definitely not miss the chance to visit it!

Ticket price: 5€ (free admission on the 1st Sunday of every month and for children <12 years)
Hours: Open every day from 10h to 18h.
Parking: Free in Campo de S. Mamede. 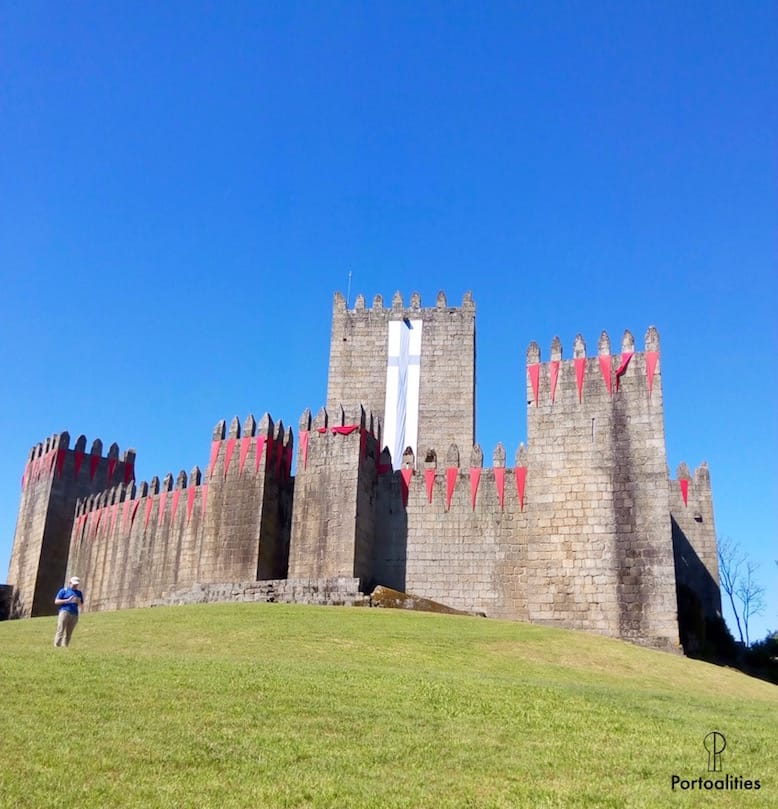 Ticket price: 2€ (free admission on the 1st Sunday of every month and for children <12 years)
Hours: Open every day from 10h to 18h.
Parking: Free in Campo de S. Mamede. 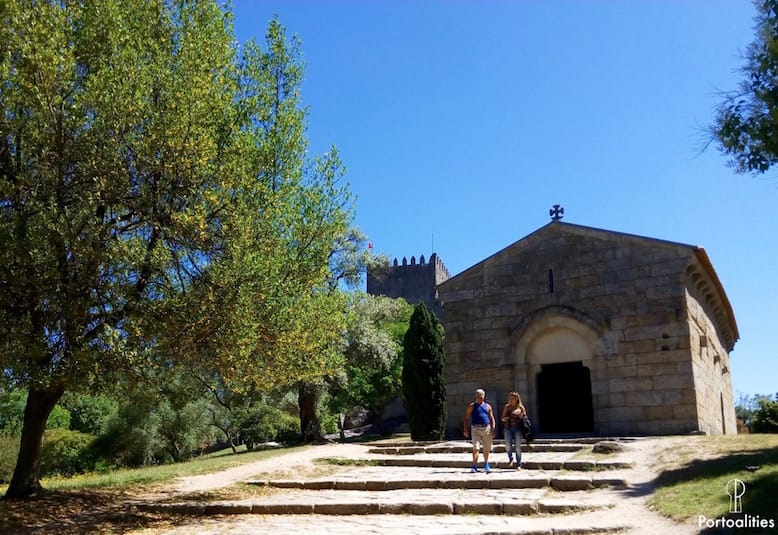 It is universally accepted that King Afonso Henriques was baptized in the Church of São Miguel, which dates its construction somewhere in the ninth or tenth century, during the era of Countess Mumadona Dias.
However, the church was first referenced only in 1216, in a document of the Collegiate of Guimarães (long after the death of King Afonso Henriques), and it was only consecrated by the Archbishop of Braga in 1239.
The virtually non-existent decor, the freshness of the stone and the absolute silence make this little church a must stop for anyone visiting Guimarães 🙂

Largo da Oliveira, which translate to Olive Tree Square, owes its name to an ancient olive tree planted in front of the (formerly known as) Church of St. Maria of Guimarães. The legend says that the olive tree, which was completely dry, suddenly flourished in 1342, when a trader from Guimarães named Pero Esteves, placed a Norman cross close to the olive tree.
This was interpreted as a miracle, and since then this square started being called Largo da Oliveira, and the church as Church of Our Lady of Oliveira. The olive tree was removed in 1870 against the popular will, and only in 1985 a new one was planted in the same place.
In the stone base around the tree, you can read the three most important dates of the history of this beautiful tree: 1342, 1870 and 1985.
It was also here that a grotesque ritual against the Jewish community of Guimarães took place, but I save that story for my tours 🙂 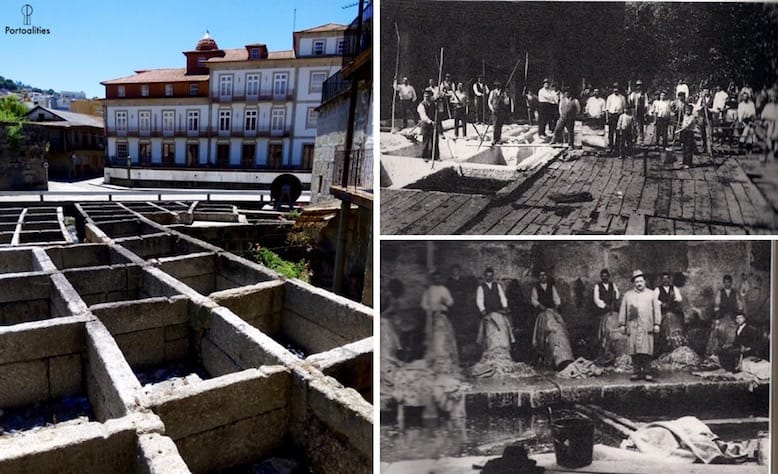 The Tanneries’ zone is a valuable cultural heritage of Guimarães. The medieval art of working leather had been developed in Guimarães since immemorial times, placed outside the city walls because it was a very polluting and malodorous industry.
For centuries, the raw materials were the skins of the cattle of the region. Later came the skins from Brazil, Angola and Mozambique. It was a very profitable business during the nineteenth century due to the wars that ravaged Europe. Therefore, it attracted the investment of countless people of Guimarães, becoming an industry that greatly contributed to the economy of the city and to the development of other vertical industries such as footwear.
In poor working conditions, men cleaned the skins on the granite structures that you can see in the photo on the left, granitic memories of a medieval industry that lasted almost to the present day.

What is the best way to explore Guimarães?

The answer depends on your budget, your traveling style and your expectations.

Discover the most beautiful cities in Portugal (besides Porto, of course!).

Discover the most beautiful cities in Portugal (besides Porto, of course!).