Who is the patron saint of Porto?

St John festivity in Porto is the most important night of the year. But he is not the saint patron of Porto - learn who is on this article!

In Porto, the most important night of the year is dedicated to St. John – it is the famous São João festival. A happy night, where the inhabitants of Porto and its visitors indulge themselves in eating, dancing and watching the fireworks by the river. 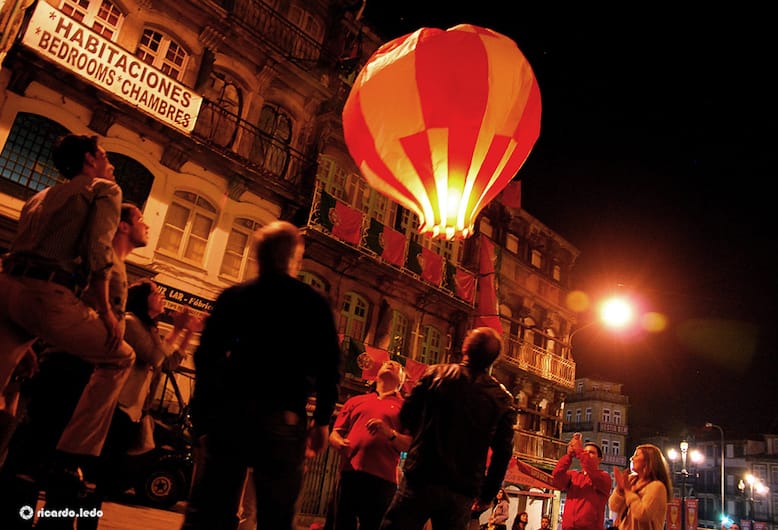 In fact, it is Our Lady of Vandoma, also known as Our Lady of Porto 🙂 The devotion of Porto to this saint starts on a distant episode in the tenth century, when a boat from Gascone (France), commanded by a Portuguese nobleman, expelled the Moors from Porto.

The bishop of Vendôme, who later became the bishop of Porto, was on the boat and he carried a replica of the image of the patron saint of his city. Once the Moors were expelled, the image of Our Lady of Vendôme (roughly translated to Portuguese as “Vandoma”) was placed at one of the doors of the wall of Porto, which became known as the Door of Vandoma.

So, look carefully: Our Lady of Vandoma is in the coat of arms of Porto! 🙂

Although the connection of Our Lady of Vandoma to Porto is quite old, she was only considered the patron saint of the city since 1984. Before that, who was our patron saint?

St. Pantaleon was for centuries the patron saint of Porto. His relics came to Porto in 1453, brought by Armenians boats fleeing from the Turkish occupation of Constantinople. The relics were left at S. Pedro de Miragaia, and transferred to the Cathedral of Porto in 1499.

St. Pantaleon was a doctor and his “sponsorship” of Porto came in good time, as during the fifteenth and sixteenth centuries, more than 20 epidemics outbreaks emerged in the city. And, perhaps even more important than the devotion of the afflicted, St. Pantaleon gave Porto the nickname of “sanctuary – city”, attracting thousands of pilgrims.

There is even a bust – reliquary of St. Pantaleon, in the National Museum Soares dos Reis, in Porto. It was opened in 1999 to reveal a fragment of an oriental tissue, a bone (presumably of the skull of the saint), teeth and some papers.

This article is already quite long, but Porto, a capricious city of multiple saints, still has another one. It is St. Vincent, patron saint of Porto since the twelfth century until it was dethroned by St. Pantaleon.

When D. Afonso Henriques (the 1st King of Portugal) found that St. Vincent, an important Catholic saint of the Iberian Peninsula, was buried in the Promontory of Crows, he ordered the transferral of his body to Lisbon, around 1176.

But Afonso Henriques wanted the relics to spend some time in Braga, the great Catholic city of the kingdom.

Now the story gets funny: the legend says that the mule carrying the relics of St. Vincent, decided to stop in Porto, and even invaded the cathedral of the city, inside of which it died suddenly. 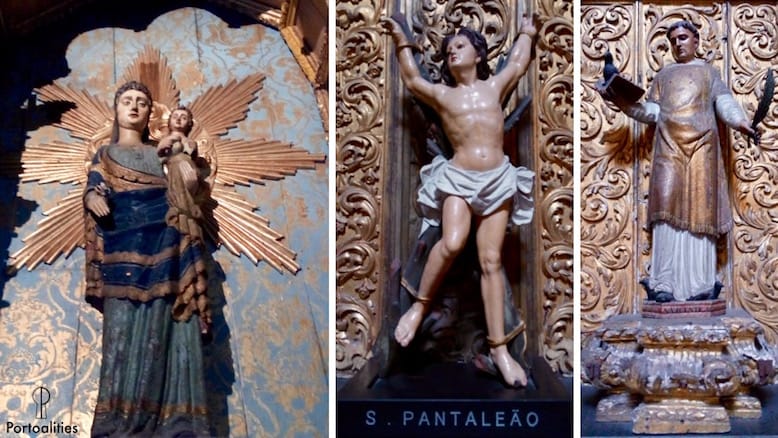 I challenge you, brave reader who accompanied me throughout the article, to meet our three patron saints in the beautiful cathedral of Porto 🙂