Why is Dark Street, in Porto, called that way?

Discover the history of Rua Escura, also known as the Dark Street, one of the most famous streets in Porto, since the medieval ages.

For me, it’s beyond interesting to study the streets of Porto. Silent witnesses of time, they were rarely given random names; in fact, by the simple name of a street (and its evolution) we can infer from the society that saw its birth. The street will never change its place; but it will change its importance, relative location, and its use by the population.

Therefore, I most cheerfully left home to visit the Dark Street (a direct translation of Rua Escura, in Portuguese), looking for an answer. 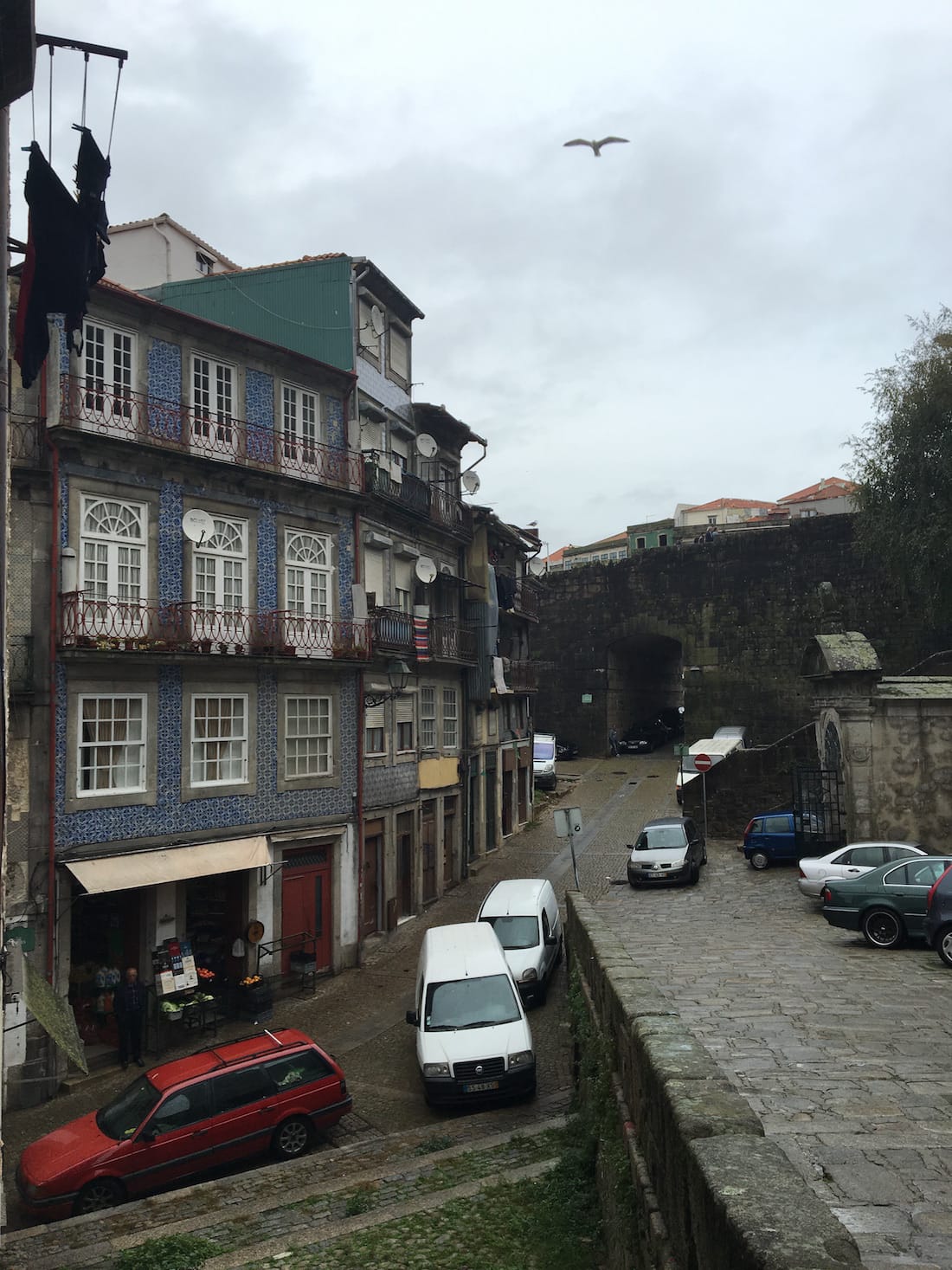 The Dark street, being so close to the city’s birthplace (Sé, the cathedral), is one of the oldest streets in Porto. It was most important as it assured the connection to the nobel area of Porto, close to the cathedral, through S. Sebastião’s gate (one of the four ancient doors of the city walls, none of which exists nowadays). In fact, we first heard of this street in 1301 under the name Rua Nova, which literally translates to New Street. Its name was altered to Dark Street in 1404, under king João I’s order, as there was an actual new street being opened – nowadays called Rua do Infante D. Henrique. There are also ancient records that report still another name, Rua do Ferro (the Iron Street), due to the shelter for prostitutes and poor women that existed there, called Recolhimento de Nossa Senhora do Ferro.

But I am already ramblings on my own thoughts. Let’s go back to the name of the street.

I couldn’t find proper records of it, but I talked to the elder people that live there and they told me that during the medieval age there were monumental buildings on what is now Rua de Pena Ventosa (the closest street) which blocked direct sunlight, making this street dark, and hence the name.

I believe that one of these buildings was the ancient town hall of the city, also known as “the house of the 24”, as it was the meeting place of the 24 representatives of all the handcrafts that existed in the city. It operated as a city council and its mere physical presence, so close to the epicentre of the Catholic church, was a confront to religion, which you will find several times throughout the history of Porto. Around the XVIII century the city council moved to Rua das Flores. The building was abandoned, occasionally occupied by lower activities; it soon faded into oblivion.

During the 40s several buildings around the cathedral were demolished. The intention was to give back this ancient neighbourhood of Porto to its inhabitants by diminishing the architectural noise, therefore providing a clear vision of the cathedral, the city and the Douro river. It was when the ruins of the ancient town hall were found (check the first pictures below), on the top of which was erected a modern tower that holds a Tourism office (check the second and the third pictures). 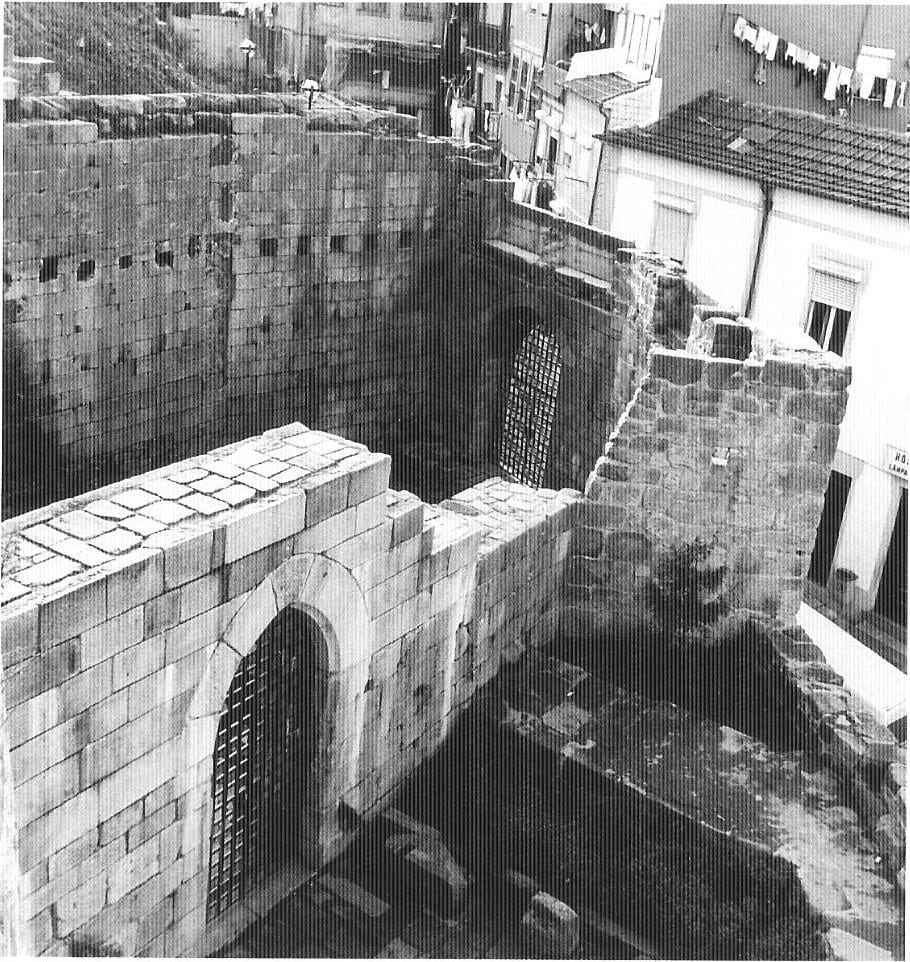 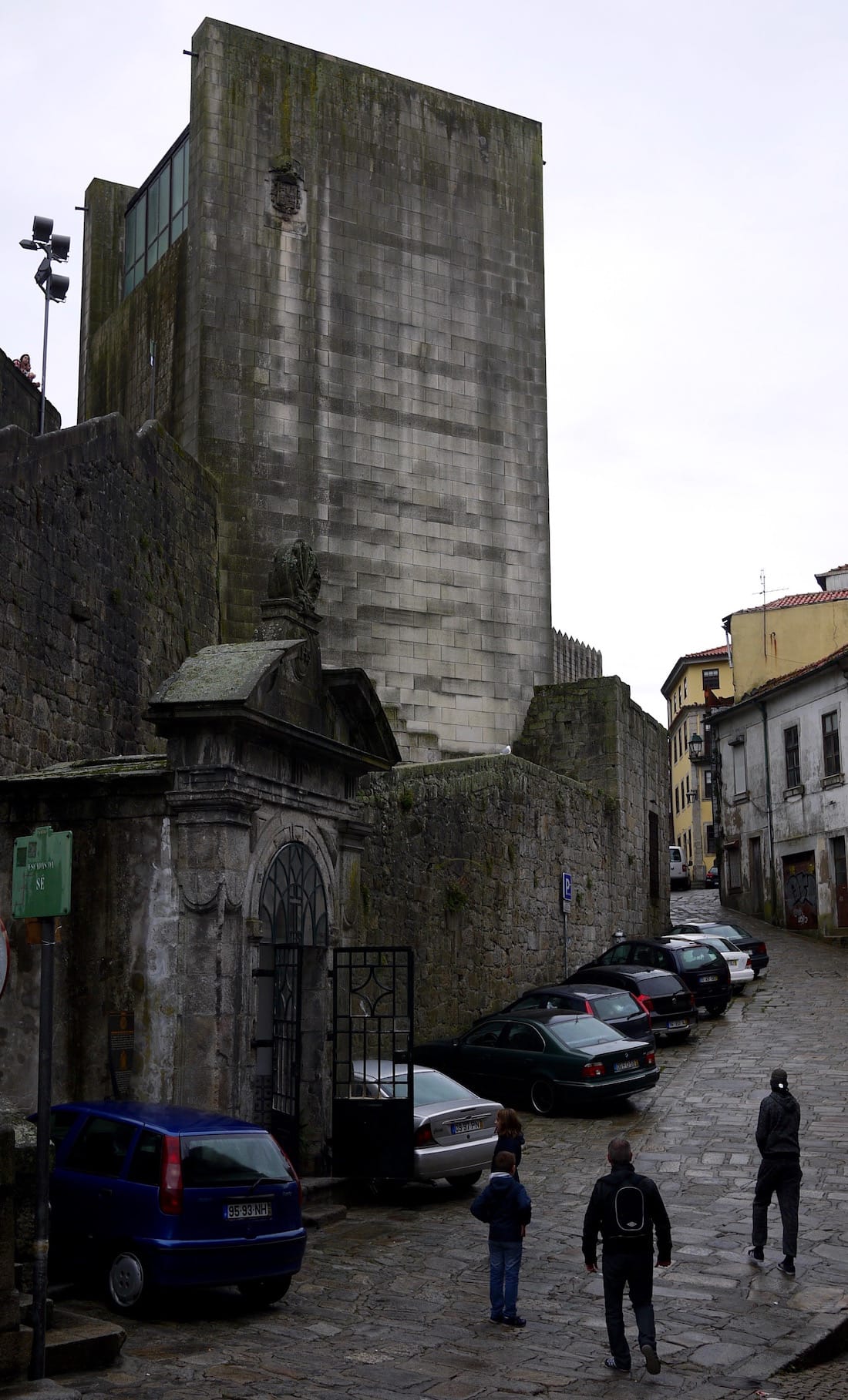 This street has a strong connotation to drugs’ smuggling and prostitution, but the locals told me that nowadays the situation is under control and it is safe to walk around. To be honest I didn’t feel insecure for a second, as I wasn’t paying much attention to anything rather than the historical heritage of the street. And, since I was already there, I took my time to admire the oratory of the Chapel of St. Sebastian (oratório da Capela de S. Sebastião). It is one of the two surviving oratories of the procession of the Lord of the Steps, organized by the religious Agostinhos Descalços’ order  until 1832. The other surviving oratory is locate in front of St. Francis church, at Rua do Infante D. Henrique.

Now, who is feeling brave enough to join me down the street? You would be surprise to where all the narrow streets that converge at the Dark street can take you to! 🙂