Why do kids jump from Luis I bridge in Porto?

When you get to Porto it’s mandatory to visit Ribeira, a small neighbourhood by the Douro river, part of Unesco’s World Heritage. The most important monument there is the famous Luis I bridge in Porto, and the best way to see it (and the other amazing bridges of Porto) is to take the 6 bridges cruise.
Once you arrive in Ribeira, you may find it hard to keep your eyes from the young kids that jump from Luis I bridge in Porto to the Douro river, if you are lucky enough to catch them. These 20 meters jumps are so remarkable that they inspired a short movie called Meninos do Rio, by Javier Macipe, in 2014. 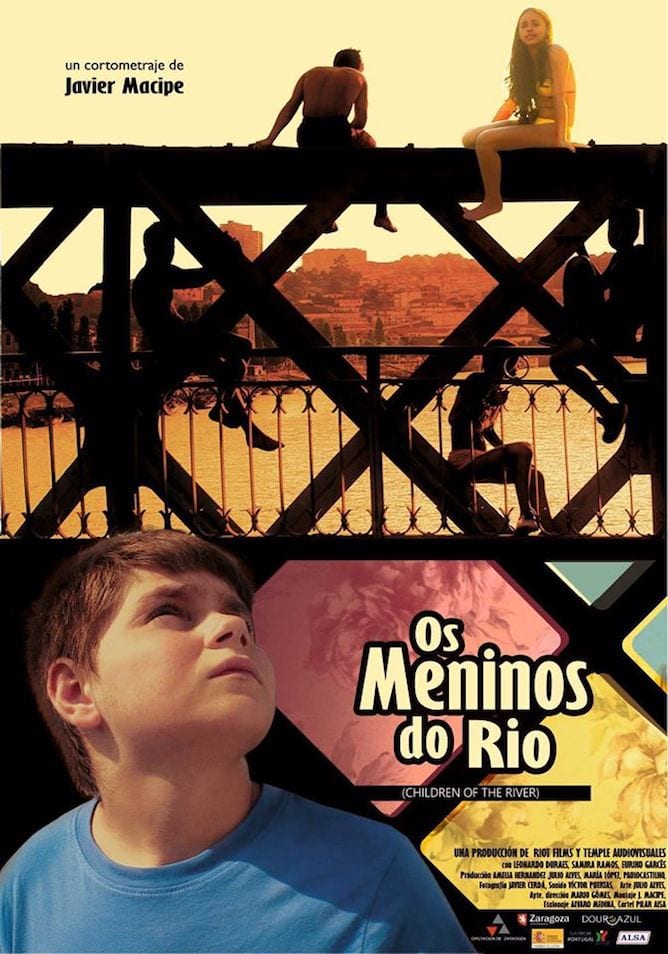 But you can trace these jumps on older movies, such as the famous Aniki Bóbó (1942), one of the first movies of the globally awarded Portuguese director Manoel de Oliveira. 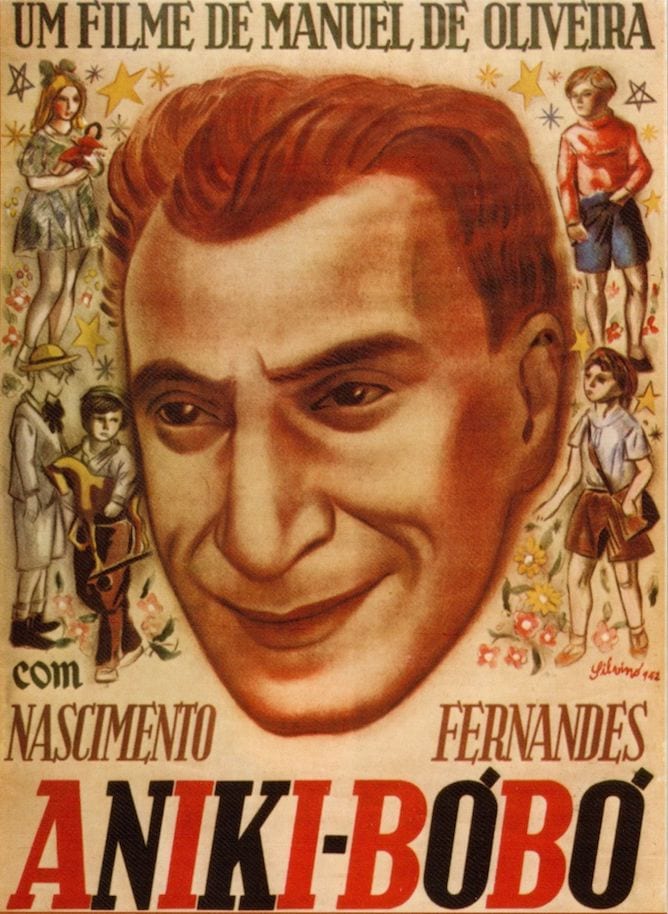 When these kids are already on their swimming suits, waiting on a ramshackle row for their moment to jump from Luis I bridge in Porto, one can only admire their courage: why do they jump? Is it a local tradition, an initiation ritual, or they do it just for fun? Has it always been like this? Can both women and men, young and old jump?
So many questions to be answered! If I was going to unveil all the history behind this question, I had to visit Ribeira, to spot down the older generation, the one that keeps the river secrets locked, to find the answer to this mystery.

The stories of people that jump from Luis I bridge in Porto:

The first person I met was Olinda “Rabelo”. She’s a street vendor that owes her nickname to her grandmother, that had a love affair with a sailor from a rabelo boat many years ago. “Of course I used to jump!!! Me, my father, my friends, everyone” she responds without a doubt. “I used to swim from Porto to Gaia riverside quite often. Even today, when kids ask me to join them in the water, I immediately go!”.
And did women use to jump? “By all means! Women, men, everyone. Bela Palavrinhas, another street vendor, even jumped when she was pregnant. Here everyone jumps. Even you can jump now!”. I look at the water but feel discouraged by its depth and color, even though her eyes were telling me otherwise.
She tells me where she lives, where she dances (she practices her kizomba moves regularly!), and her stories about the river floods that took place decades ago. Amid her stories I can feel her joyful pride of belonging in Ribeira, her unbeatable youth despite her 80 years old. What a lady, I tell you! 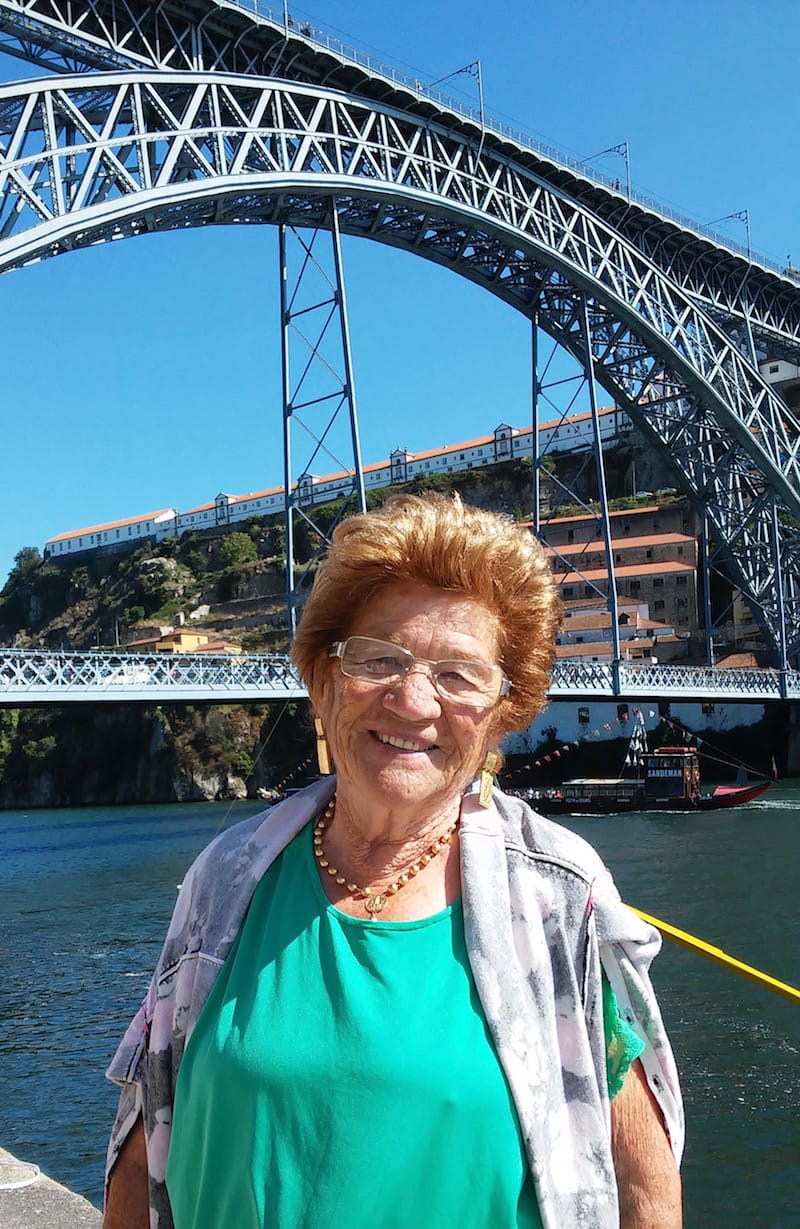 After several attempts I was able to spot Mr. Capélio Azevedo. This 84 years old gentleman, sitting quietly by his café in Ribeira, has plenty of stories to tell as well. He is known for being a skilled swimmer, a great fado singer, and… for missing the opportunity of being famous!
You see, when Manoel de Oliveira started casting for the main actor position at Aniki Bóbó, everyone at Ribeira told him that his best shot was Capélio, then 11 years old, who could swim so well that they called him bacalhau demolhado, which translates to soaked codfish. So the famous director went to his place searching for him, just to realize that he was still at school.
When Capélio came back and his grandmother told him what happened, he went outside and found Manoel de Oliveira already surrounded by 30 other kids. Feeling shy and with homework to do, he never auditioned for the position. Someone else was picked. “It is one of the biggest regrets of my life. By now, I could have a movie to show to my grandkids. They would be able to see how his grandfather could swim 70 years ago!”. 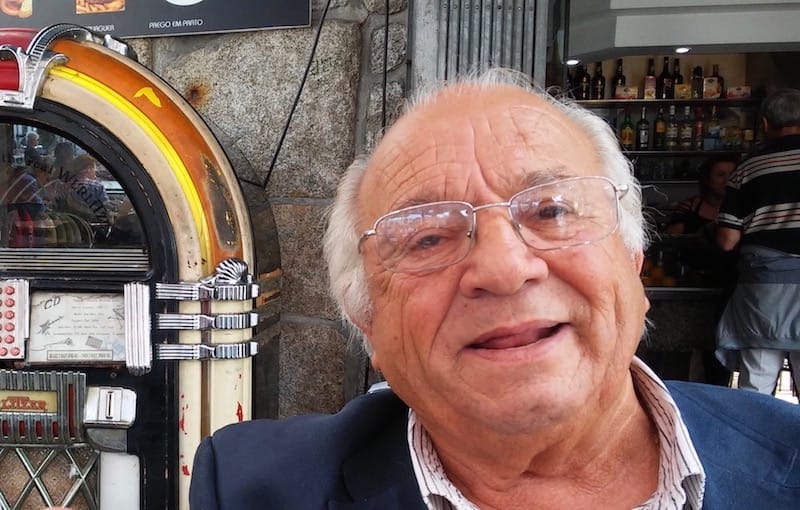 But what I see is pride, not regrets. “I was so good that people would throw coins to the river to see me diving to catch them. Then I used the coins to buy an orange, or bread… it was during the war years, and there was a lot of hunger in Porto”.
So, did you jump for fun? “For fun, for refreshment during the hot weather, everyone from Ribeira used to jump. Now it is different, people from other neighborhoods also jump, as well as people from other cities. But this has been something we do since I can remember”.
He stands up and puts one of his own Fado CDs playing. The song starts, and he slowly joins his own recorded voice, a bit hesitant at first but with growing confidence as the music goes by. As he sings I listen to the lyrics, all related to this riverside gem.

“I have two drivers in life, Fado and swimming. This is where I belong”. He says so, but I needed no words; his memories, rescued from so many years ago by a random conversation with a stranger, cast a new light over Ribeira.
It is still a colorful neighborhood shaped by the river whims. But below that superficial look it is a Porto microcosm, with a strong sense of community, and where the river ties older and younger generations together, with memories and dreams and thoughtless jumps to the river.