The best sandwich of Porto (besides francesinha!)

Discover a great Portuguese tavern where you can taste the best sandwich in Porto - besides, of course, our very famous francesinha!

Besides Francesinha, which is more a hymn to our local culture than a dish, the best sandwich of Porto used to be from Casa Guedes, a simple restaurant in front of the garden dedicated to the women of Porto. It used to be a fabulous restaurant, but it isn’t anymore. On this article, you’ll learn the story of Casa Guedes in Porto and why it is not worth going there anymore.

The history of Casa Guedes in Porto

It’s a simple place, really, all about the quality of the main product – the famous roasted pork loin sandwich – shines among the boards of sausages and cheeses, “moelinhas” (slowly cooked chicken gizzards) and a delicious homemade chocolate mousse. 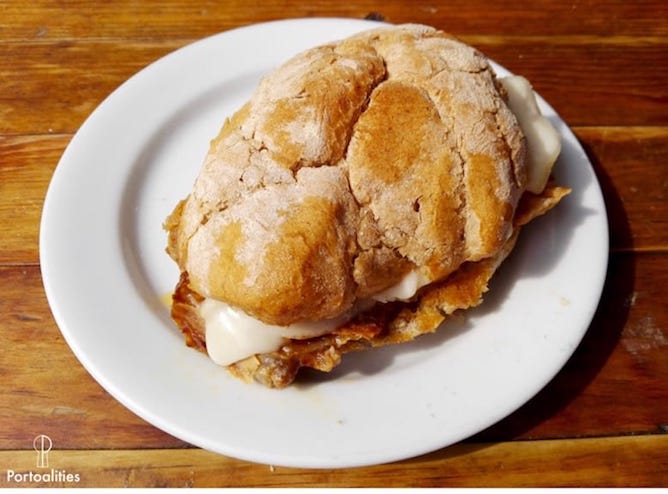 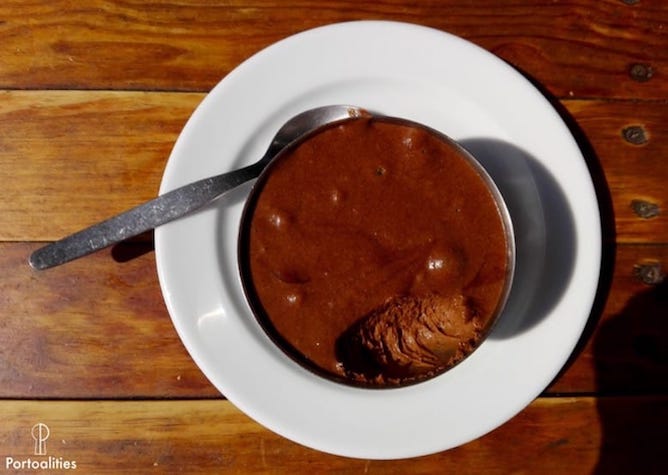 The story of the Portuguese tavern Casa Guedes in Porto starts with Mr. César, one of the current owners, who acquired the restaurants in 1987: “Back then this restaurant had a very poor sandwich, which had nothing to do with what it is today. “
One day, he decided to start cooking the pork loin according to the style of his hometown, Baião. However, the movement of Casa Guedes continued to slow down… they needed to do something to boost their business! 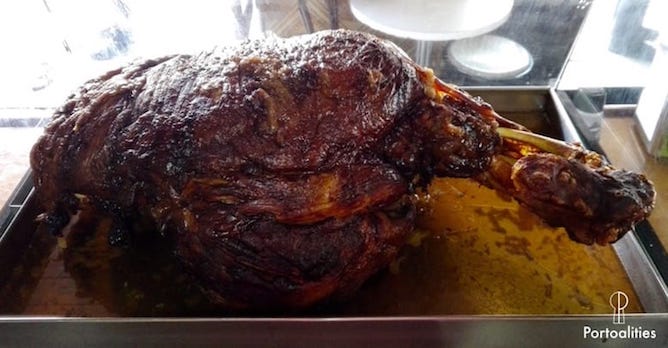 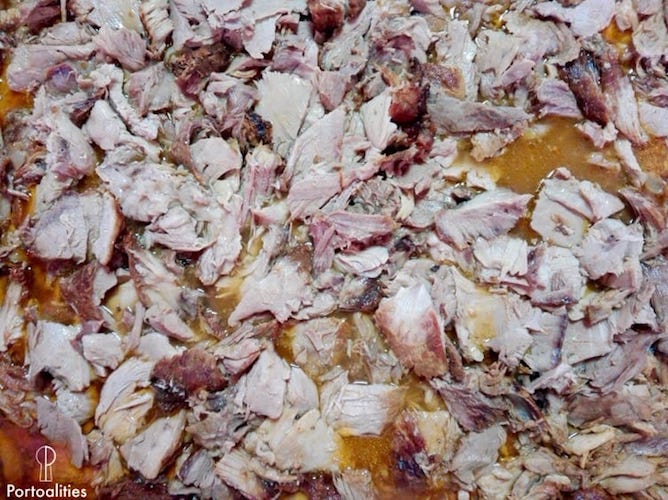 Thus, in 2006 Mr. César made a proposal to the owners of Maus Hábitos, a very famous bar in Porto: why couldn’t Casa Guedes provide their roasted pork loin sandwiches to Maus Hábitos’ customers on Fridays’ nights?!
For two consecutive years, Mr. César and Mr. Manuel, his older brother, worked very hard, not only ensuring the normal functioning of Casa Guedes but also the weekend nights at Maus Hábitos.
Their tremendous effort paid off: in 2008, Casa Guedes was on the cover of Time Out Porto, which brought this restaurant to the top position of the gastronomic panorama of Porto. Since then, Casa Guedes is visited by hundreds of tourists, some of which “travel directly from the airport to Casa Guedes, with their luggage and everything”, told me Mr César.
Last year, during Christmas’ festivities, they even had an Italian tenor singing Christmas carols. “We had a house full of people, it was wonderful. And because of memories like these, we believe that Casa Guedes plays an important role not only in the renovation of this neighbourhood, but also in the history of Porto”. 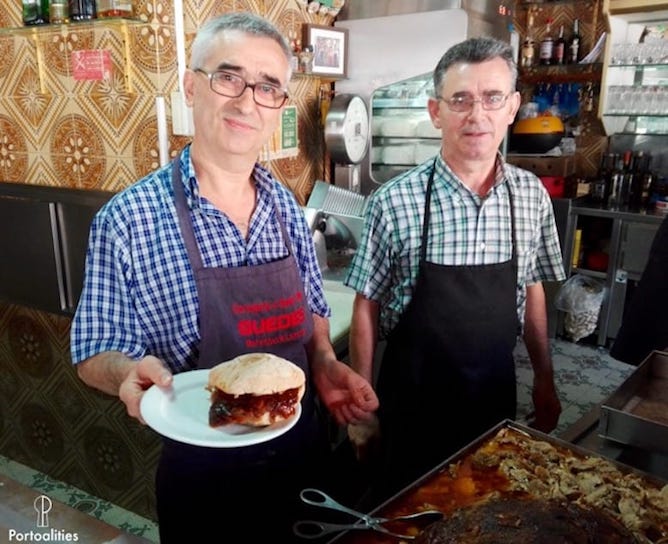 Now, some (not so great) news : the owners of Casa Guedes decided to sell the restaurant some Brazilian businessmen. Since then, they opened a “proper” restaurant with several floors, where you can find not only this famous sandwich in Porto but also traditional Portuguese dishes and terrible signature cocktails.
I have already been several times to the original Casa Guedes and its subsidiaries and the only thing I can say is: what a disaster! They completely ruined the sandwich, by cutting the amount of meat in half. The meat feels very dry, and the bread has seen better days, too.

Worst of all, Casa Guedes completely lost its essence. Instead of meeting Mr. César and his lovely family, now you’re greeted with Brazilian-only staff. No Portuguese music, just some cheesy Brazilian music. It’s terrible, to be honest, and it pains me to write these words 🙁